A smashing card at Deauville today as the month-long meeting there gets underway.

Our first bet is Francis Graffard’s Sunday Best in the opener.  The daughter of Dabirsim showed plenty of promise when third on debut at Chantilly in June, finishing with running left.  Three weeks later, she bolted up over this CD on heavy ground and though that may not have been the strongest of races, she was still much the best and looked a classy filly in the making.  It is also notable that she scored in a markedly quicker time than Toimy Son (who re-opposes today) had done earlier on the card.

Graffard hasn’t had the best of years so far, but his team have been going well of late and this two year old is bred to make her mark at this level, being out of a half-sister to four black-type performers, notably Group 2-winning stayer Desert Skyline.  Her damside is all about stamina, the granddam Diamond Tango having won the Group 2 Prix de Pomone over 1m4f at this meeting in 2005, but Dabirsim has clearly added a fair bit of speed and with the ground still on the soft side, hopefully Sunday Best’s stamina can come into play.

Later on the card, Archie Watson looks to have an excellent chance of Listed success with Stag Horn.  A massive improver in the second half of last season, he beat The Grand Visir by 9 lengths in soft ground at Pontefract, which is a really smart piece of form.

Fourth on unsuitably quick ground behind Stradivarius on his return in the Sagaro at Ascot, he ran well for a long way when fourth in the Queen Alexandra and given it took a few runs for him to get going last term, it is reasonable to expect him to take another step forwards today in what looks a winnable contest, with conditions in his favour. 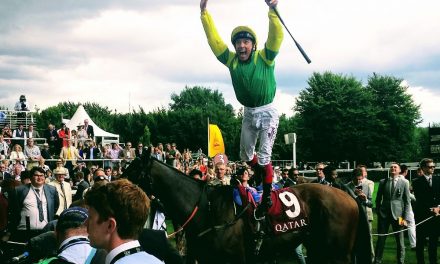