Strasbourg holds centre stage in France today with a mixed eight-race card, and our first bet goes in the 1m2f maiden (12.25pm).  This is a little deeper than the average maiden around here, but nevertheless I think the favourite Millionaire is worth supporting.

A good third on debut last year, he finished third in a Listed contest at Dusseldorf on his next outing, with the form franked by the fourth landing a Group 3 next time out.  Millionaire was fifth in that Group 3 on what was his final start of the campaign, but went well for a long way and it’s a good piece of form, particularly in the context of this race.

A son of the late Alderflug, he is a full brother to Mendocino, who ran Alpinista close when runner-up in a Group 1 at Munich in November, while the half-sister was a Group 3 winner in October, so it’s a really smart family.

Henk Grewe’s string have been a little slow to come to hand this term, but it’s very early days and the dual German champion trainer has some exciting prospects for the year ahead.  Millionaire is highly-regarded and if all goes to plan today, he will be stepping up in grade with the German Derby as the ultimate ambition.

Those at the top of the market can certainly have a case made for them (I think Nuit D’Orage has ability, but the yard form is the concern), but at a very big price I’m chancing Sehmara.

The lightly-raced and well-bred four year old showed a bit of ability for Freddy Head in Parisian maidens last year and I thought she ran a little better than the form suggests on her third start for this yard at Nancy last time.

That was a more competitive contest than this, and after a really slow start to the year, Yoann Bonnefoy has started to get a few winners in recent weeks.  He placed his horses really well last term and looks to have found a good opportunity for this daughter of Bated Breath, who is a half-sister to Stable Genius and the highly-talented but fragile Aramhes.

She’ll need to improve a bit, but she has race-fitness on her side and the 25-1 on offer is too big. 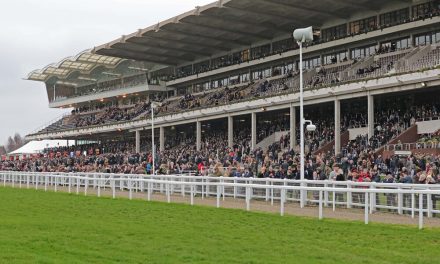