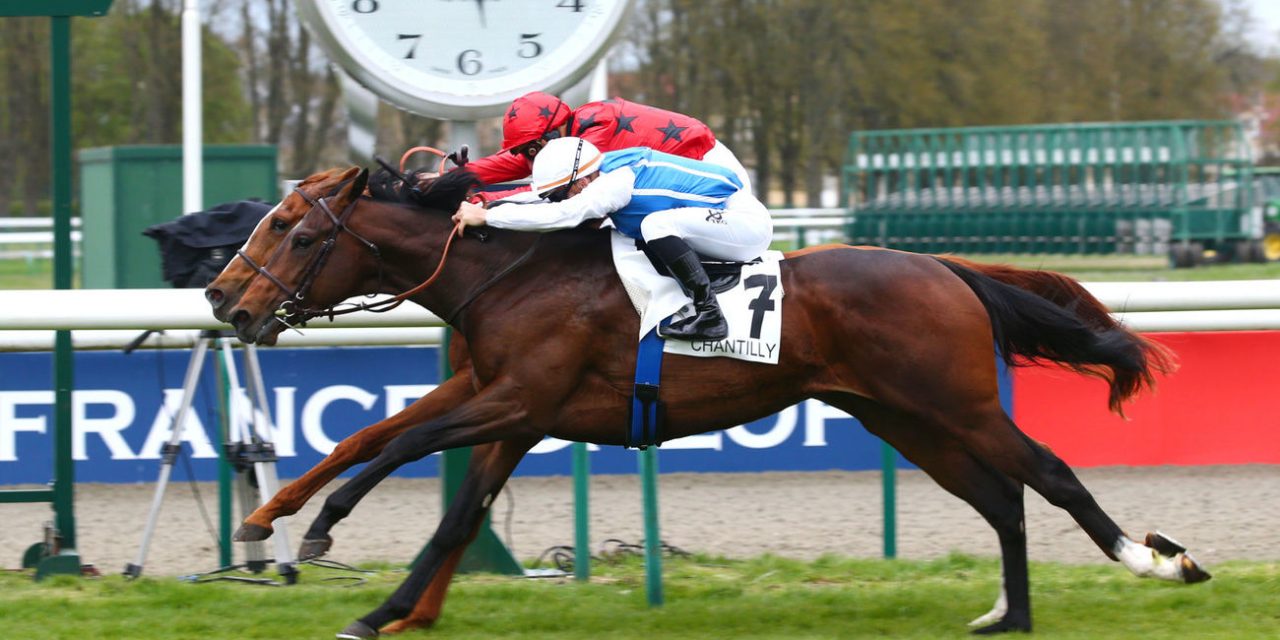 A subdued day of racing in France precedes a huge opening card for Deauville tomorrow, where Modern Games will look to build on his French 2000 Guineas success in the Prix Jean Prat.

The 5.27pm at Clairefontaine is a 3yo maiden for colts and geldings over 12 furlongs. Despite this not being a ‘Parisian’ track, the quality of these maidens and conditions races does usually benefit from having a wide pool of horses trained at Deauville and with there being plenty of owners in town for holidays and sales.

Francis-Henri Graffard has the favourite here Royal Monarch, who has already been nibbled into 9/4. He is technically unraced but he did appear to learn plenty when rattling home for a very minor place behind one of the favourites for the Grand Prix de Paris next week, True Testament, in a schooling race at Saint-Cloud. The regally-named favourite has a fair page but the yard has been in better form and this 100,000 guineas yearling may not be the easiest to train, given he was gelded in March.

Esprit Conquerant‘s dam placed in a Listed and he is reportedly liked at home. In racecards he shows as having raced in the same schooling race as today’s favourite but there is no evidence that he actually ran in that.

A trainer I am following closely this month, along with Edouard Monfort who supplied the Race Sharp winner yesterday, is Peter Schiergen. The German handler has been in dazzling form, winning the German Derby this month and successful with two of his last three raiders sent to France.

Schiergen’s Divino is from a family littered with winners and black type, including stallion Devastar. Divino is by the connections’ stallion Flamingo Fantasy – who despite being cheap at €2,000, looks a more appropriate stallion for this maiden than Shamardal, sire of the favourite.

Divino gets a big tick for pedigree and trainer form from me, but the final piece that sways me for a bet is his jockey Sibylle Vogt. Vogt rode a treble from three rides in Switzerland this week and is 4-15 for this trainer in France since the Cagnes-sur-Mer meeting (ie. those German raiders would have been placed more selectively given they weren’t trained on site at Cagnes).

She was entrusted with the German Derby 5th, sent off at 10-1 by locals, so looks good value for her 3lb female rider allowance in this maiden.

If 4-1 isn’t quite big enough for you, try doubling him up with the exquisitely-bred Frankel filly Darkaniya in the 4.52pm. The yard may not be firing on all cylinders but she’s streets ahead of the others on pedigree.

Bet £30 Get £30: New UK + IRE members only who sign up through the above unique tracking URL. Min deposit £10. Qualifying bets are singles, win part of e/w or multiples at odds of evens (2.0) or greater. The Free Bet will be credited within 24 hours of the settlement of your first, qualifying bet, matched up to £30 and expire after 7 days. The Free Bet must be placed at odds of 1/2 (1.5) or greater. The Free Bet stake is not included in the returns. Additional T&Cs apply. 21+. Bet Responsibly.