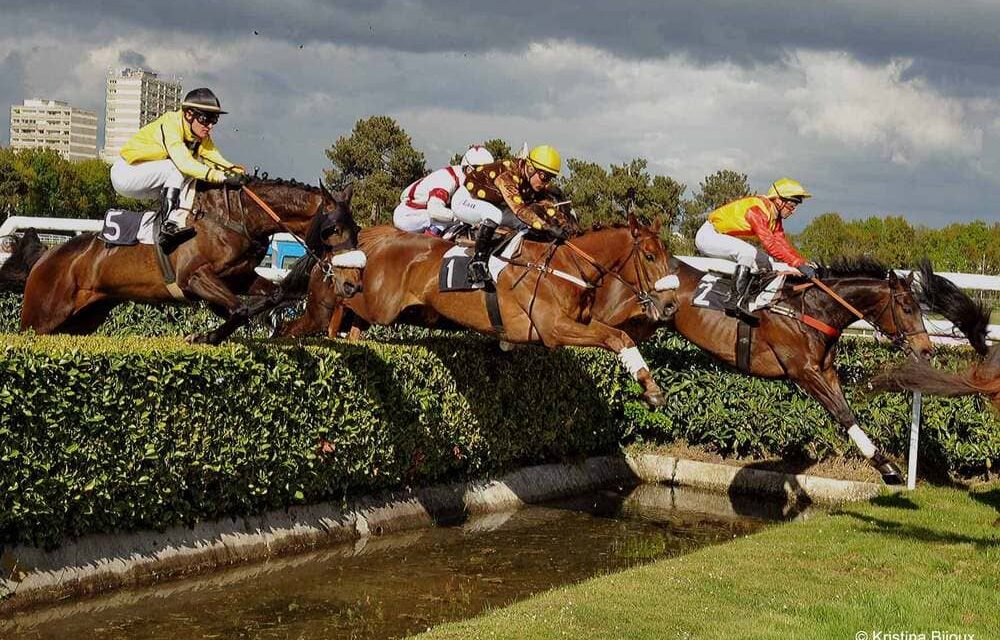 If there is one Cross Country horse that can match the exploits of Easysland, it could be Prengarde, who is 4-4 over the Cross Country course at Compiegne and won the prep race for the Grand Cross de Compiegne last month in impressive fashion.

Priced as the 6/5 favourite, Guillaume Macaire’s gelding probably only needs a clean round of jumping to win, but this contest is half a mile further than those four course wins and he faces potentially stiffer opposition than just his 12-year-old stablemate Virtus d’Estruval.

Twirling and Dourlaou des Bordes warrant respect having won regional cross country races last time out, but both will be discovering the Compiegne course for the first time this afternoon.

For a selection in this race, I am turning to the grey mare Dunquin, who ran an excellent prep behind Prengarde in fourth last time and is trained by Patrice Quinton. Quinton is having an excellent season and won the regional series of these races this year, the Trophee National du Cross, with almost double the points of his nearest pursuer, Emmanuel Clayeux.

Highly-regarded at home, Dunquin has twice taken her chance in the Grand Cross de Pau, and was considered unlucky on both occasions by her trainer. Her March win at Lignieres provided some compensation and came over a marathon trip similar to today’s (for a breathtaking race replay from inside a car – see here). Her trainer said she has fragile legs, so it makes sense that she was given the summer off and has been building to this race today on soft ground.

As acknowledged by Lisa Quinton on the stable’s Facebook page, Dunquin had a classic prep race last month. She was very ‘cold’ in the early stages, unsurprising after a five month break, but warmed to her task and looked a definite placer, had she not made a mess of the penultimate obstacle. Dunquin was given a tender ride by Felix de Giles and it has to be taken as a clue that her winning cheekpieces from Lignieres were left off for that run but are reapplied today.

De Giles and Quinton partnered to win the Grote Steeple-Chase van Vlaanderen in Belgium with Gino Des Dunes in September and it would be dangerous to underestimate the duo in a similar contest today. Finally, Dunquin is one of very few beneficiaries today with the penalty structure of the race and not only should this longer trip suit her, but she is 2kg better off with Prengarde, Virtus d’Estruval and Surdoue de Ballon.

Also of interest on the card is Marcel Rolland’s Ibiza du Chenet in the 11.35am conditions hurdle for juvenile fillies. She receives no allowances for being the only unraced filly in the field, but she has been schooling well and has plenty of work behind her. The race is named after his wife Paulette Rolland and this is the first entry Ibiza du Chenet has received. She’s bred to be good too – her dam Tanais du Chenet won the 2010 Grade One Prix Cambaceres at this age and has already produced Hotesse de Chenet, winner of four consecutive graded hurdles last year. Ibiza looks worth a small interest at 9/2.

At Lyon La Soie this evening (the only course I can think of that is attached to an excellent cinema!), it makes sense to follow Mickael Barzalona in his quest to be champion jockey. In the 3.42pm handicap, Edited looks a good thing at 5/2 with William Hill. The race is followed by a maiden, where Veda’s daughter Vedeva is a rare runner for Alain de Royer-Dupre, and is a touch big at 7/2.

Finally, if it has been a mixed afternoon, we should be able to rely on Goldie Star in the lucky last at Lyon, which is a bumper at 6.30pm. An impressive winner of a chaotic renewal of this contest last year, she has been winless since, but aimed far higher than this by Alain Couetil. Priced at 6/4 this morning, she has scope to be sent off even shorter.