Deauville is perhaps France’s most exclusive racecourse and offers a wonderful collection of top-class races during in August carnival. The seaside resort is popular with Parisians and has hosted racing since 1864, originally in order to compete with Dieppe and offer a complementary gambling outlet to the casino.

Deauville has racing over various distances and also benefits from a polytrack ring to host racing through the winter months. In 2021 it was confirmed that the course would be upgraded further with floodlights, in the hope of boosting average attendances in the off-season and maximising betting turnover on its races.

There are not many places in the world you can lie on the beach, eat wonderful seafood and watch a Group One in the space of a couple of hours but if you dream it, Deauville has it.

The most popular nightspots are the Brok Cafe for legendary mojitos and Le Drakkar for fine dining.

There are five divisions of the 1m4.5f handicap at Deauville this afternoon and our bet on the card goes in the third of them (5.58pm).

Clever Actress had a wide trip throughout when a close-up fifth here a month ago, on what was her latest out.  Beaten three short-heads and a head, it suggested her turn may be near of this workable mark, just 2lbs higher than when scoring at Le Mans over 1m2f in May.

Connections had flirted with this longer trip for her in the past and that latest effort suggests it is well worth trying again, with Alexis Pouchin likely to be able to get plenty of cover on this occasion from the low draw.   There are plenty of firms paying four places and at the price, she is too big to ignore.

The 4yo maiden is unsurprisingly a weak contest and Speedy Angel looks the right favourite.  However, she is short enough and in a race that’s big on numbers but lacks any strength in depth, I have to take a chance on Daiquiri Dream.

The selection was behind today’s re-opposing favourite and a couple of others, Radiant Sky and Xclusif, here three weeks ago, but she was on debut that day, for a yard whose runners tend to improve with experience.

A daughter of Dubawi, she is out of Cocktail Queen, who was moved to France by her owner Jeff Smith back in 2014 and won the Grand Prix de Deauville for this yard that summer.

A second foal, the full brother ran to a Racing Post Rating of 93 and at this level, the 33-1 makes plenty of appeal, with the yard already in winning form this year. 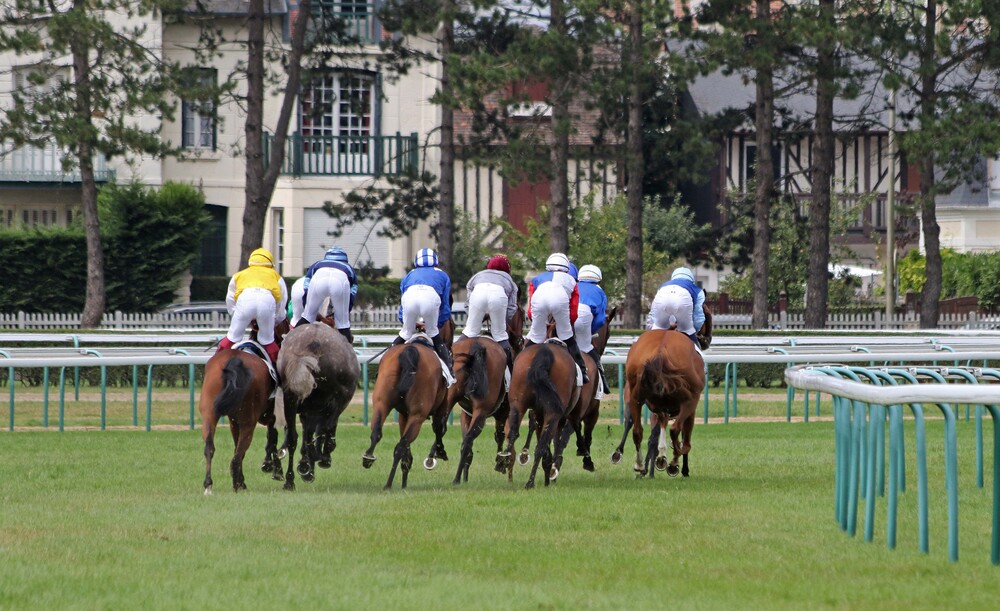 The TER train from Paris St Lazare costs €34 to get to Trouville-Deauville station in 2 hours and 15 minutes. Unfortunately the train is not a high-speed TGV but then it means the tickets are cheaper and you still avoid the mad August traffic if able to leave the car behind. Once in Deauville, everything is a short walk and there are plenty of taxis.

There are flights to Deauville St. Gatien, but these tend to be very seasonal and now the route is a big Covid-19 casualty. Direct flights have run from London City and Bournemouth airports in recent years.

Brittany Ferries has crossings from Portsmouth to Le Havre in under six hours. From Le Havre, it is a 50 minute drive.

One of the easiest ways to get to Deauville as a group is by car. Take the Channel Tunnel to Calais and then hug the coastal motorway. The drive from Calais to Deauville is three hours and there is rarely traffic.

Race Sharp offers free tips for all meetings at Deauville throughout the year.  Sign up to our free tips newsletter for the best prices on our French racing tips.    A few crafty-each way betting races at Deauville this evening and the pick on the card is the... 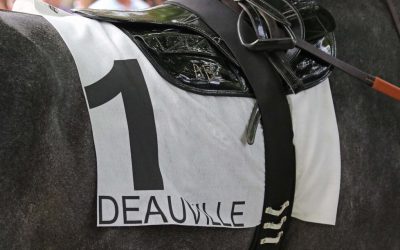 Race Sharp offers free tips for all meetings at Deauville throughout the year.  Sign up to our free tips newsletter for the best prices on our French racing tips.    I'll make this brief, as the race is off in 20 minutes!   Rakan was an eye-catcher on his... 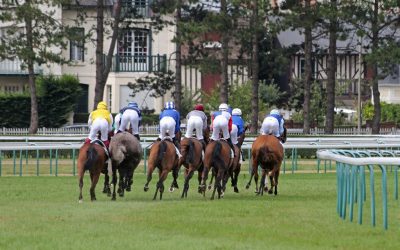 The 1m4f Listed at Deauville (11.50am) has a competitive feel to it, but at the prices it is well worth supporting Garachico.   He only has an Evreux maiden win to his name, but the fourth in a soft-ground renewal of the Group 3 Prix de Conde last year was strong...

Race Sharp offers free tips for all meetings at Deauville throughout the year.  Sign up to our free tips newsletter for the best prices on our French racing tips.    I put up Angelaba in the Criterium de Lyon last time out and she looked a very unlucky loser that...

Race Sharp offers free tips for all meetings at Deauville throughout the year.  Sign up to our free tips newsletter for the best prices on our French racing tips.    Plenty is already being said and written in France about their lacklustre showing in the...

Race Sharp offers free tips for all meetings at Deauville throughout the year.  Sign up to our free tips newsletter for the best prices on our French racing tips. There is a Race Sharp Extra tip for the following race here.   I’ll keep this quick as my best bet...

Race Sharp offers free tips for all meetings at Deauville throughout the year.  Sign up to our free tips newsletter for the best prices on our French racing tips. There is also a tip from Tristan in the earlier 1.33pm - read more here.   Andre Fabre has been...

Race Sharp offers free tips for all meetings at Deauville throughout the year.  Sign up to our free tips newsletter for the best prices on our French racing tips.   A few betting accounts would have been lost last month when we backed Group sprinter O Trasno in...

Race Sharp offers free tips for all meetings at Deauville throughout the year.  Sign up to our free tips newsletter for the best prices on our French racing tips.   4.18pm Deauville   Stephane Wattel has his string in fine form and he has saddled four...

Race Sharp offers free tips for all meetings at Deauville throughout the year.  Sign up to our free tips newsletter for the best prices on our French racing tips.   Quick ground in Deauville today and that will suit The Good Man, who is a strong fancy in the...