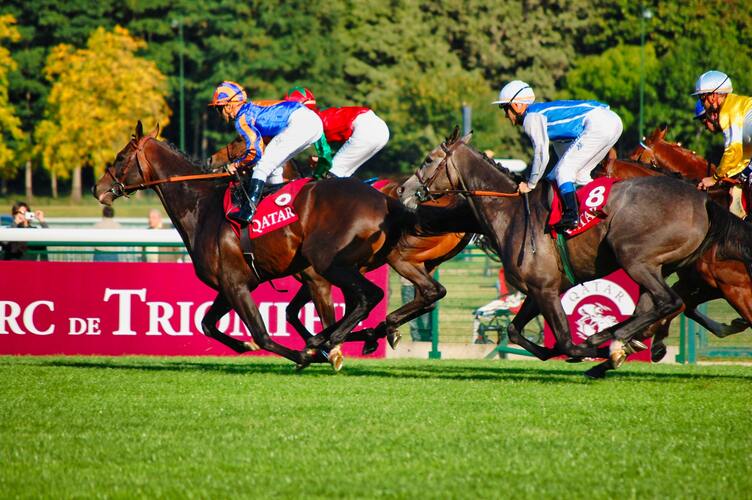 After some desperate cards at Argentan and Moulins yesterday, the fare is a little better at Dieppe in Normandy, which hosts the Quinte handicap at lunchtime.

Not a lot has been written or said about the impact of the draw ahead of the race at 12.50pm UK time, which I find surprising. Throughout Dieppe’s last all-flat card on August 1st, jockeys were obsessed with riding up the stands’ side, both for races on the straight course and the finishes of races on the round course.

I expect low draws will be favoured today on the straight course, especially as jockeys won’t have the benefit of watching any other races pan out before this. A couple of high draws finished 1-2 in this same race a year ago, but the going that day was given as soft and I suppose the ground today will ride on the good side of good to soft, based on the fair weather and a reading given yesterday morning as ‘bon souple’.

Mubaalegh won two Quintes last year over 1100m, today’s trip, and I think he holds tremendous claims this afternoon running off a mark of just 1lb higher than his first Quinte win, which came off 39.0.

The Dark Angel gelding has run some fair races in defeat off a high mark, but I think he has suffered due to the program book. There are very few big handicap sprints in France under six furlongs, which has meant he has run six times over 1200m or further since those Quinté wins, which stretches his stamina according to his trainer.

Jean-Vincent Toux’s star sprinter prefers a fast surface and these conditions at Dieppe today look ideal. He ran sixth in the reference race for this two weeks ago, which was a fair run, but I thought he encountered a little bit of traffic at a crucial moment and his jockey also said they would have achieved a better placing with a lower draw.

Mubaalegh has a versatile running style and can be placed handy. That looks the best tactic this afternoon from stall three with no other horse priced at single figures drawn eight or lower.

There are of course a few other chances here, including the Boutins’ Tudo Bem, who beat the selection earlier this season at Moulins, but doesn’t have an ideal draw in nine. Moreover, many in this race operate better over further, such as Freddy Head’s Al Ula, who was staying on over 1200m in the reference race, or would want it softer, such as Baileys Blues or Fleur De Baileys.

When you factor in the draw, stingy weight-for-age conditions and the likely effect of the draw, Mubaalegh looks a really solid each-way bet at 5-1 with four places paid.