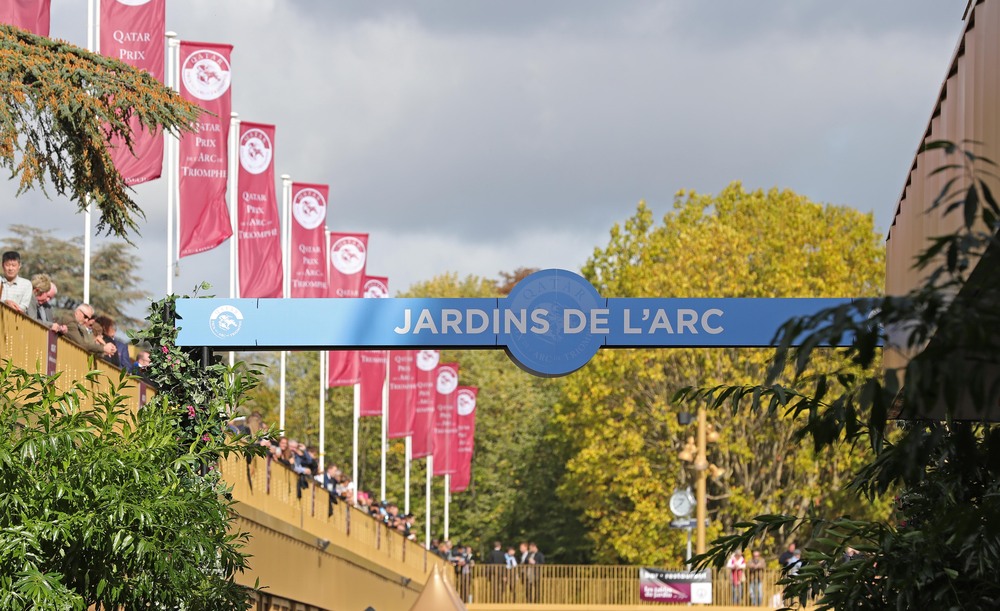 The Qatar Prix Chaudenay is the curtain raiser for the best two days of racing of the year. The Race Sharp team cannot wait to get back to Paris and to Longchamp. It’s become somewhat of an annual pilgrimage for us over the past ten years. It will be great to get back after an enforced sabbatical last year. If you’ve never been, we couldn’t recommend it highly enough! It should be on the bucket list for any racing fan…

The Qatar Prix Chaudenay first took place in 1875 when it was known as the Prix de l’Espérance. However, back then, it actually took place in spring and served primarily as a trial for the Grand Prix de Paris.

Following that essential amalgamation, the Prix de Chaudenay in its current guise has existed. It is now sponsored by Qatar but the race continues to carry the name in memory of the Chaudenay family.

Andre Fabre has won the race a record 12 times. Fabre is likely to be triply represented in this year’s renewal. Doha Dream was his most recent success back in 2016.

This is arguably a race that revolves around the Charlie Appleby trained, Godolphin owned, Manobo. He caught the attention of many racing fans when Mojo Star – who Manobo beat on debut – went on to finish an excellent second in the Derby behind Adayar.

Manobo was then found an easy opportunity under a penalty at Kempton Park where, despite winning comfortably, he did a fair bit wrong. He was notably slowly away and displaying evidence signs of inexperience at various points of the race. Manobo did, however, gallop on stoutly to the line to record a resounding success against inferior opposition.

Ineligible for the St Leger because he was already gelded, connections spotted a nice opportunity in Prix Turenne at Saint Cloud three weeks ago. That wasn’t a strong listed race but he couldn’t have been any more impressive. Both Kertez and Sa’ad were well behind Manobo and look likely to re-oppose on Saturday. It’s not plausible to see any reason why they should reverse the form or indeed get any closer to Manobo on this occasion and they’re readily passed over.

As a slightly negative, Manobo was afforded an easy time in the lead at Saint Cloud. It’s difficult to envisage that luxury being given in this stronger race.

He should win this and we’re likely to see him in something like the Dubai Gold Cup at Meydan come next March. Manobo will be a short-priced favourite on Saturday and it’s deserved. He should justify favouritism and there looks to be plenty to come from this exciting – and lightly raced – prospect.

Love Child is a half-sister to Brundtland who won this race in 2018 for Charlie Appleby, William Buick and Godolphin. She has been steadily progressive this year and appreciated the drop down in class when narrowly denied in listed company last time. That was at Longchamp over 1m6f. She also looked like she appreciated the stiffer test of stamina and alongside the winner, they pulled a fair way clear.

However, despite her half-brother being a Chaudenay winner, the influence of her sire Dark Angel has to be a concern over this longer trip on softer ground. It wouldn’t, however, be the biggest shock if the master trainer got the filly to win this in a race he has farmed since the early 1980s.

Tides Of War is perhaps marginally more interesting of the two. He has a nice pedigree; he’s a full-brother to both Deauville and The Corsican. Tides Of War ran over the Chaudenay course and distance last time and, to my eyes, was the best horse in the race despite getting beat. He wasn’t given much assistance in the saddle and didn’t manage to find a gap for the entire home straight. Tides Of War also seems to display a pronounced action and he will be more interesting if conditions deteriorate and the ground becomes very testing.

Interestingly enough, Aidan O’Brien has never won this race. Albeit it’s not typically a race he tends to target. Infact, he has only saddled one runner in this contest in the past ten years. That was last year with Mythical who finished last. It would be folly to dismiss any horse he sends over and, at this stage, he has Interpretation entered.

Interpretation is a difficult one to weigh up. On the face of it, he ran well in the St Leger only beaten seven lengths by the classy Hurricane Lane. I’m not sure Hurricane Lane ran up to his best there and I’m also not convinced Interpretation is the strongest stayer. He did help force a solid pace in the Leger but I’m not sold on him. At the current prices, somewhere between 9/4 and 9/2 – depending on the bookie – he makes limited appeal. I’d be happy to let him win at that price.

Godolphin and Charlie Appleby also have Kemari entered. On the basis of his Queen’s Vase win at Royal Ascot he would be of interest. He was strongly fancied for the Great Voltigeur at York where he flopped badly. Seemingly nothing came to light to explain that poor run and he would come here with plenty to prove. He wouldn’t be the first horse to run a stinker at York but Godolphin look to have a stronger hand with Manobo.

Brian Ellison has entered Tashkhan who has risen up the ranks in quite remarkably fashion this year. He signed off his time in Ireland with Emmet Mullins bolting up on handicap debut off 57 at Navan. His progression has continued since joining Ellison, recording another two victories and rising a further 26lbs in the handicap. The more rain for Tashkhan the better, he’s hardy and it wouldn’t be the biggest shock to see him come forward again. A podium finish wouldn’t be beyond the realms of possibility but he doesn’t make huge appeal at the current prices.

Perhaps the one who is most likely to challenge Manobo is the Waldemar Hickst trained Alter Adler. Unraced at two, he has made excellent progress throughout the spring and in to summer. He won at Chantilly and Saint Cloud before finishing an excellent second – and sent off favourite – in the Deutsches Derby. The form is working out well enough and it’s solid in the context of this race.

His run at Deauville in early August was another good run. The form of which is working out well with the winner, Glycon, following up and others either winning or bettering their effort since. Alter Adler looked like he would fold but he rallied gallantly to regain second late on and shaped as if a strong test of stamina would suit him. He won’t have issues with softer ground and a bold show can be expected on Saturday.

Manobo looks an extremely exciting potential star in the making and quotes of odds on look justified. With normal progression, you’d expect him to be difficult to beat. There is no juice in his price and Alter Adler makes appeal at 10/1 as an each-way bet alternative. He looks tough and shapes as if he will relish this sort of test. Tides Of War can complete the three.

Theo Bachelot on his rides at Bordeaux and Saint-Cloud