It was a real thrill and privilege to be back at Longchamp last weekend after what has seemed an eternity since the 2019 edition – the last that paying spectators were able to attend. The weather more of less held up and for those that made the journey, the raceday experience was excellent.

On a sporting level, unless you backed him at 80-1, it was hard not to be underwhelmed by the Arc winner Torquator Tasso himself, who appeared to face an impossible task based on his form with Alpinista.

Here are my quick-fire thoughts on the main talking points from the weekend:

The weekend was a resounding success for the raiders – in particular, the Brits. The home team won just two of the Group Ones, both on Sunday, with fillies Zellie and Rougir.

There were some strange comments in the build-up to the Arc, including from Charlie Appleby and the Longchamp clerk, suggesting the ground would be no worse that soft or good to soft. Those who followed the forecast closely were well-prepared for what was to come.

Perhaps walk-ups suffered due to the terrible rain on Sunday morning, but the 15,000 who attended the 2021 Arc was a far cry from the 40,000 who saw Waldgeist in 2019. France Galop made an aggressive bid to target the British this summer, but it was clear that they were put off from Covid restrictions, including the expensive PCR tests on return. France Galop needs to get its own public, and Paris, engaged.

Frankie Dettori, William Buick, James Doyle, Oisin Murphy – the weekend belonged to them, in particular, Dettori. With Boudot on the sidelines, Guyon and Barzalona have dominated the Parisian tracks this year, in part, due to their connections to the Fabre stable.

The French jockeys, and most of their horses, appear uncomfortable when the British-based jockeys are able to set a strong tempo. Loving Dream was given the ride of the weekend on Saturday by Dettori in the Group One Prix de Royallieu (too bad for those of us who backed Believe In Love!).

Soumillon was celebrating a handicap win on Woot City in the lucky last on Saturday, but most of the the spectators had already left the course.

The Criterium Arqana, a two-year-old race for Arqana yearlings run on the Saturday, is worth €140,000 to the winner and was won by an 89-rated son of Zarak, Purplepay. Clive Cox had the right idea running Pavlodar. More need to target the race.

In Zellie and Angel Bleu, the Group Ones for two-year-olds on Arc Day were won by battle-hardened juveniles who are likely to be overtaken next year. The ones to follow at the highest level next year are Real World and Dubai Honour. 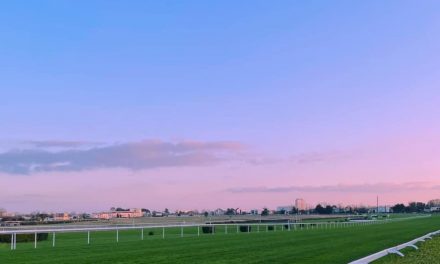