Snowfall posted a record 16-length victory in the Cazoo Oaks last year in a performance that was reminiscent of stablemate Love in the same race 12 months ago.

Despite not being one of Aidan O’Brien’s 14 entries in the Prix de l’Arc, bookmakers are convinced that she deserves to be favourite for the Arc centenary in October at 5/1. The supplementary entry fee of €120,000 would be paid off if she manages fifth or better in the race.

❄️ Snowfall is sensational in the G1 Cazoo Oaks

Arc entries were in on 12 May, the same day as Snowfall’s Musidora success at York’s Dante meeting. Foreign entries take France Galop slightly longer to process, so it is likely that O’Brien’s team had decided by 11 May to enter Love and Santa Barabra as their only filly and mares in the Arc.

Love remains unchanged at 7/1, despite Snowfall’s emergence potentially threatening her participation. Bookmakers remain on high alert in the event of a spectacular return to action for the Galileo mare at Royal Ascot next week in the Prince of Wales’s.

Cazoo Derby winner Adayar impressed too, almost certainly beating a stronger field in his Epsom race. Charlie Appleby’s Frankel colt is priced at 10/1 across the board and although the Arc has been mentioned, it looks worth holding off your bets for now until he comes through the King George at Ascot next month. If he gets beat, he will likely aim for the St Leger instead and then perhaps be minded for the 2022 Arc.

At Chantilly we learned very little about 2020 Arc runner-up In Swoop, who won a sprint to land the Grand Prix de Chantilly. Graffard’s colt is 20/1 with Betfred and heads to Ascot next month for a clash with Adayar.

Supersub jockey Ioritz Mendizibal would dearly love to ride Prix du Jockey Club winner St Mark’s Basilica in the Arc and he is a 10/1 chance, also for Ballydoyle. Like the fillies, he would appear to have a great chance but makes little appeal as an antepost wager right now.

May Group Two winner Ebaiyra enters calculations now at 20/1 with Betfair Sportsbook and will next be seen in the Grand Prix de Saint-Cloud.

On paper she appears to now have the measure of 2020 Arc fifth Raabihah, but Raabihah was ill-suited to the soft ground last time and is not worth giving up on just yet. At 33/1 with bet365, she possibly has the greatest scope of any to contract in price between now and the end of the August meeting at Deauville. 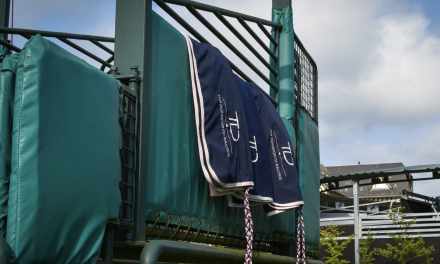