Our first bet of the day in the UK goes in the opener at Goodwood (1.50pm) with the Gary Moore trained Pure Bubbles.

The Moore yard won this with a very similar type last year. Junkanoo was a maiden (0 from 5 previously) coming in to this race, lowly rated, out of the handicap (3lbs) and a big price (50/1 SP).

Pure Bubbles has improved since moving into handicaps. He still looks progressive with more to come as he gains further experience. On his latest start at Epsom he was sent off a warm favourite and travelled supremely well. He didn’t find as much as looked likely in the final two furlongs.  He would have won without showing a slight tendency to hang right up the camber.

That Epsom contest was considerably weaker than this race and he is 7lb out of the handicap today. Those factors are obvious negatives. Nevertheless, that is factored in to the price accordingly. Whilst he is taking on higher rated rivals today, there has to be an element of doubt as to how many of these remain ahead of their mark.

There should be a decent pace on here with a number of these showing a strong preference to either lead or race prominently. I’d hope Pure Bubbles will be held up and benefit from coming off a stronger race and hit the frame.

The market leaders haven’t yet fully convinced and, as such, Ottoman Emperor looks the value. He is progressive, holds an entry in the St Leger and connections’ could well have an eye on the Melbourne Cup. To realise those lofty ambitions, he will have to be winning or go extremely close in this contest.

He doesn’t possess the stoutest staying pedigree but in his three victories on turf he has been strong at the line. He often appears to race quite lazily and this step up in trip should suit on run style alone.

Yibir looked a reformed character on his first start after being gelded but has work to do here under a penalty. As such, at the prices, Ottoman Emperor looks the value to take this step up in class in his stride.

The remainder of the card at Goodwood doesn’t appeal from a betting perspective. The Richmond Stakes looks extremely competitive and you could conceivably make a plausible case for all of the runners.

The Nassau Stakes has a small field with Prix De Diane winner Joan Of Arc taking on Breeders’ Cup winner Audarya. Those two look likely to be vying it out for favouritism in the build-up to the race.

Perhaps one of the most interesting races of the day is the two-year-old nursery at 4.10pm. Aswan looks well treated off 84, the money has come this morning and he looks about the right price now. Mayfair Stroll dotted up last time and could well have more to come. Richard Hannon and Mark Johnstone have won numerous prior renewals and are both doubly represented today. The favourite, Adjuvant, looked a smart prospect when defying a penalty last time. It will undoubtedly be a race that works out well.

Start of the Racing League

The evening card at Newcastle signifies the inaugural running of the highly anticipated Racing League. It has certainly divided opinion. From a betting point of view it offers something different. Plenty of potential new angles and for that alone, we welcome it.

In the 5f opener, this looks a fantastic opportunity for Copper Knight. This is a much weaker race than he is used to contesting. He had a poor season last year but has bounced back this year with a win at York. He has since posted solid efforts in some of the most competitive 5f handicaps.

He remains nicely weighted off 90 and goes extremely well over this course and distance. A replication of any of those previous efforts at Newcastle would be enough to win this race.

There does not appear to a huge amount of pace on here so Copper Knight could have an easy time on the front. Given his class edge, those weighted inferior may struggle to lay up with him. He also is drawn in 12, nearest the stand side, which can often be an advantage on the straight course.

David Allan knows the horse well which is a bonus. Copper Knight has so much in his favour in a lesser quality of race than he is usually accustomed to. He won’t be afforded a better opportunity to win a decent prize.

The main market rival is Chitra and supporters at those prices are seemingly banking on Joseph O’Brien to illicit significant improvement. She has won off higher marks in the past on the all-weather in the UK. However, this is much more competitive than she is used to and doesn’t make appeal at the prices.

The biggest danger could come from the relatively unexposed three-year-olds. They are going to have to be very well treated to get the better of battle-hardened Copper Knight.

In the 7.25, the Joseph O’Brien trained French Rain looks primed to run a huge race.

She struggled after winning on debut when trained by Ger Lyons. She has ran two highly encouraging races this season since switching to O’Brien.

On her most recent start, she finished a close 3rd in a Premier Handicap at the Curragh. She was beaten less than a length and has only been given a 1lb raise. This represents a drop in grade and it will be disappointing if she doesn’t go very close.

Hitherto unraced on an artificial surface but there is a strong possibility that it could bring about further improvement. Her dam won on the all-weather for Godolphin. The dam herself is a half-sister to a number of all-weather winners, including a UAE Oaks winner. The grandam also won the UAE Oaks.

She likes to be held up and this stiff finish should suit her. French Rain is drawn in 6 and that should help her get cover, a nice position early on and primed to pounce late. 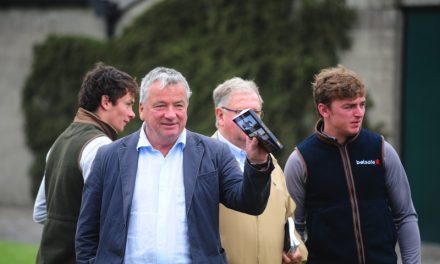