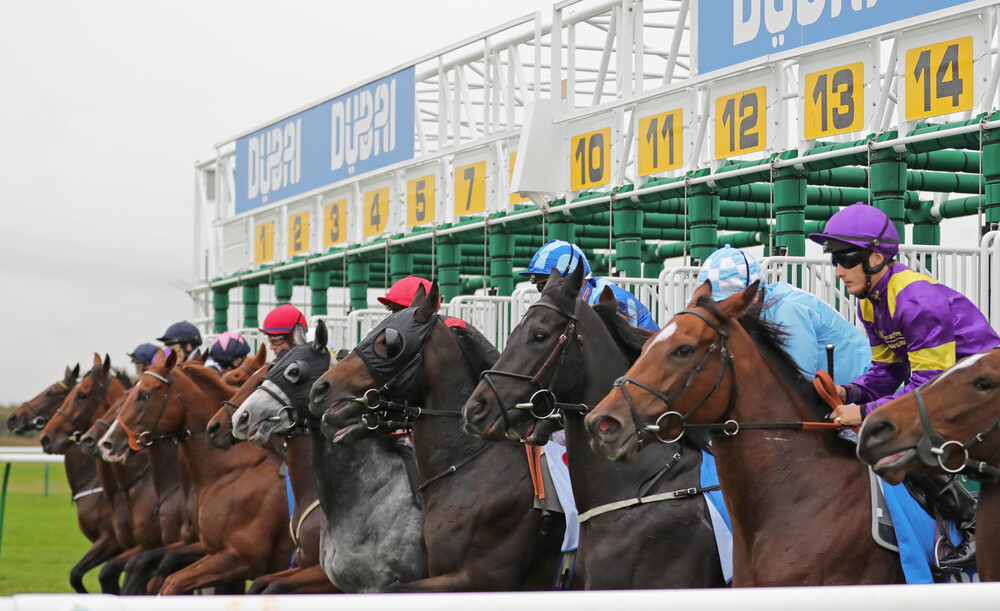 Dramatised is strong at the head of the market as she puts unbeaten record on the line in this Group Two contest for two-year-old fillies.

After winning her maiden comfortably at Newmarket, she put in an impressive performance in the Queen Mary Stakes at Royal Ascot, beating twenty rivals.

She is an exciting filly who has both speed and stamina in her pedigree, and is the one to beat.

Mawj could be the biggest threat in the field, with two wins from three to her name. The Exceed And Excel filly, out of a New Approach mare, is a half-sister to Classic-winner Modern Games, and there could be more improvement to come from her.

Matilda Picotte has been in the tracker since her maiden win on debut at the Curragh where she impressed to win by two-lengths, making all and looking comfortable.

She is yet to record a win since, but hasn’t been finishing too far behind and certainly has each-way claims in this.

George Boughey has been thriving with his fillies this season, from winning the 1000 Guineas with Cachet, to the excellent performances of the consistent Oscula.

He saddles Kinta here, another filly with two wins from three this season.

Lady Hollywood recorded a hat-trick of wins in a Listed contest at Naas when last seen. She is a promising filly for Alice Haynes, whilst Maria Branwell is worth mentioning at a big price following her fourth-placed finish in the aforementioned Queen Mary Stakes.

The exceptionally bred Queen Me has only been seen once on track when winning her maiden ay Haydock last month and is an interesting contender.

By Dubawi out of a Frankel mare, she has plenty of class in her pedigree and is unexposed.

Blue For You and Echo Point currently head the market ahead of this competitive handicap. The former, trained by David O’Meara, is 3lbs higher for his second behind stablemate Orbaan at Goodwood when last seen. The winner there is 12lbs higher here, bidding for a three-timer and has previous form over course and distance.

Revich and Ouzo finished closely together, in third and fourth respectively, at Goodwood, and both have each-way claims once again here at decent odds.

The unexposed Tyrrhenian Sea is yet to be tested in a big field handicap but has shown he possesses talent with three wins on the all-weather over a mile.

Top-weight Brunch finished second behind Cruyff Turn at the track in May, and has won her previously, but faces a tough task off a mark of 106.

Northern Express is 7lbs higher than when winning over 7f at the track in June. He finished a decent fourth in a good race at Ascot when last seen and should be suited to the step back up to a mile.

Britannia Stakes runner-up Saga was unlucky at Royal Ascot before disappointing on his reappearance. He doesn’t appear the best handicapped in the race, but he is a talented colt who could be open to further progression.

Shining Blue made an impressive start to his career in May with three wins in his first three races. But, in the Goodwood Golden Mile Handicap he finished last of the field, breaking from a tricky draw and racing wide before weakening in the final stages whilst also being hampered.

It’s difficult to know whether or not he’s good enough at this stage in his career to feature in such a competitive race, however he has shown talent and it may be worth keeping the faith for now.

Alpinista sets the standard in this Group Three contest. She was unbeaten last season, with five wins including three Group One victories, and made a winning return to track last month with success in the Grand Prix de Saint-Cloud.

Classic-winning three-year-old fillies Magical Lagoon and Tuesday will be taking her on, receiving the age allowance, and could pose a threat if at their best, respectively.

Four-year-old La Petite Coco could be the biggest threat to the favourite.The lightly-raced filly is a force to be reckoned with on her day, and completed a four-timer when last seen.

Lilac Road steps up in trip for the first time and, although her pedigree doesn’t appear to suggest it will be perfectly suitable, she has stayed on well in defeat on a number of occasions and has form at the course.

French-raider Raclette won a Group Two over the trip at Longchamp last month.

She has shown improvement as she has stepped up in trip, and she could be overlooked in the market, whilst the largely unexposed Poptronic completes the line-up wearing a first-time hood.