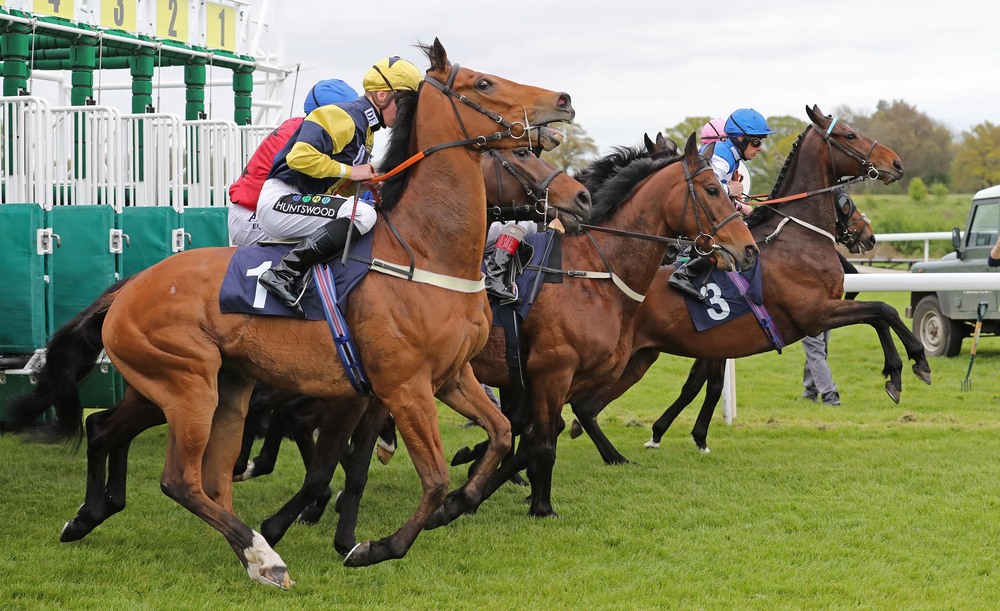 A really interesting card on Ayr’s opening day and we have five selections.

Poet’s Magic is an obvious starting point, she’s best on the lead when getting an easy enough time upfront. There doesn’t look to be a huge amount of competition for the lead and she will undoubtedly go well at a course that she has an excellent record at. However, I feel she could be reaching the upper echelons of her handicap ceiling and it’s best to look elsewhere.

Global Humor looks set to run another big race. He’s been running with a lot of credit over 5f on his last three starts. He wasn’t been far in any of those three runs and he’s yet to register a victory over the minimum. All of his victories have either come over 6f or 7f. I feel 7f is his optimum. He’s won twice over course and distance already this season and 7f on quick ground suits him ideally.

He did finish behind the aforementioned Poet’s Magic earlier this year but Global Humour enjoys a large swing at the weights today (albeit Poet’s Magic has improved since then). Global Humor was giving the mare 3lb that day, today Global Humour gets 12lb from Poet’s Magic. That is without considering the 5lb Amie Waugh takes off. He is a solid proposition and has plenty in his favour.

A wide-open competitive handicap but one who looks overpriced is Ayr Poet. He is an admirable horse and versatile for one plying his trade in moderate handicaps. He is quite lightly raced at a mile – only six starts – which have yielded a victory and three second places.

Four of those six starts over a mile have come here at Ayr, where he has won and finished second on two other occasions. The two seconds he was beat a head and a nose respectively. The nose defeat came back in May and he’s now 3lbs lower. He’s certainly not handicapped out of things, he has plenty in his favour back at a mile with good-to-firm ground going to suit.

Platinumcard has made huge strides this season since reverting to the flat. He was below part at Hamilton last time but I believe there were excuses and he can resume his progression today.

Firstly, he was giving weight away all round and, in particular, to a couple of progressive three-year-olds. The way the race transpired was completely against him and I think that run can be upgraded. He wasn’t given the most efficient ride and perhaps the trip stretched him too.

Platinumcard was caught out wide coming in to the home straight and made a sweeping move to come from last to almost first within the space of just over a furlong. That was a well-run race too and those exertions undoubtedly took their toll.

Returned to a more suitable trip today, he looks fairly treated still off only 4lbs higher than his last victory on his penultimate start at Hamilton. He goes well at this course – both course starts have resulted in victories – and this race looks ideal for him. The yard remain in great form which too boosts his chances.

The Jim Goldie theme continues as Rory looks to have outstanding claims in the 5f handicap. A progressive sprinter, typical of many who have hailed from this yard. He looked a sprinter with significant potential and ability when bolting up at Musselburgh last time.

Things hadn’t really gone his way since winning over course and distance in July. He had a luckless run at Musselburgh and they went no gallop, which inconvenienced him, against an enterprisingly ridden winner back at Ayr in August.

The penny looked to have really dropped with him at Musselburgh last time and as long as this race pans out, he looks by far and away the best handicapped horse in the race. He can continue his progression before going on to better things next season.

Wor Willie remains a stayer of potential and I’m surprised that he’s not favourite today. He has been absent since winning at Thirsk in late June but he’s gone well after a break before.

The form of his penultimate run at Doncaster couldn’t have worked out better and he followed that up with a comfortable victory at Thirsk. The second has gone on to boost that form with a couple of victories himself.

A 5lb rise doesn’t look burdensome and he can continue his upward trajectory. There is a slight concern about the drop back in trip as I thought he’d appreciate even further than 14f in time. Nevertheless, he’s likely to sit handy and hopefully he’ll come home the strongest.