One of the most beautiful racecourses in Europe, Goodwood is steeped in history, with racing at the course since 1802.  The feature event of the year, and one of the highlights of the summer for flat racing, is the Qatar Goodwood Festival, affectionately referred to as ‘Glorious Goodwood’.

The Listed Height Of Fashion Stakes and Cocked Hat Stakes are two early-season Classic trials, while there are a trio of Group 1 contests to look forward to during the Qatar Goodwood Festival; the Sussex Stakes, the Goodwood Cup and the Nassau Stakes.

The Stewards’ Cup, a sprint handicap over six furlongs, is one of the trickiest handicaps of the year to solve and is traditionally the big betting race of the summer at Goodwood. 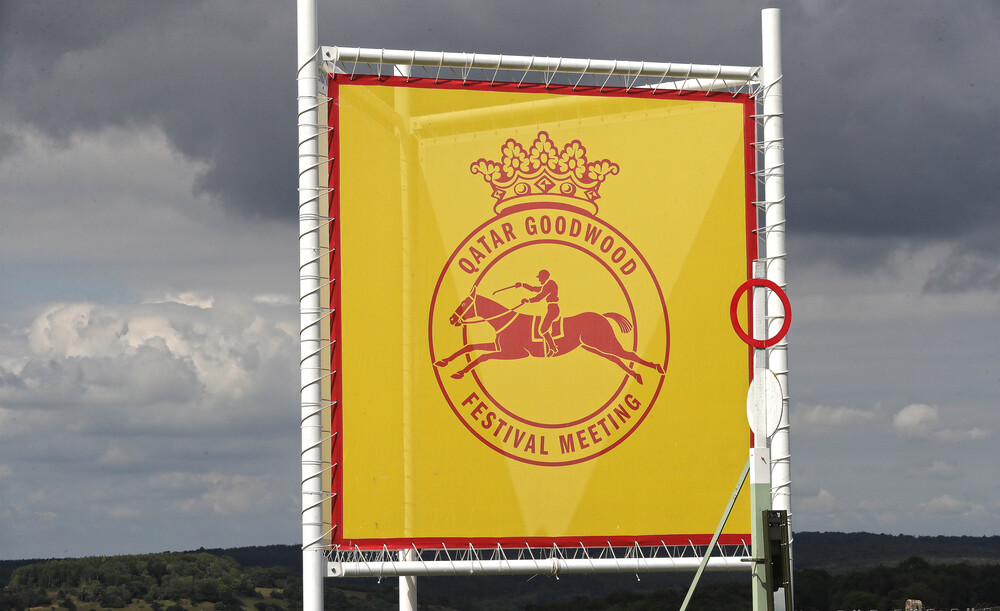 The three-year-old gelding Lethal Levi has been exceptionally consistent since making his racecourse debut in May last year, finishing in the first four places in each of his races to date.

He recently recorded back-to-back wins earning him a rating of 100, but runs off a mark of 85 here, with 3lbs claimer Pierre-Louis Jamin aboard.

Despite there being a number of useful handicappers in the field, Lethal Levi sets the standard and should record a hat-trick of wins if on song.

This handicap over 1m6f appears to be an open race lacking a clear favourite in the market.

Trawlerman has been disappointing recently but wears a first-time hood in an attempt to rediscover form and is partnered by Benoit De La Sayette who claims 5lbs.

Soapy Stevens runs off a career-high rating of 94 and will be attempting a three-timer, as is Bague D’Or who steps up in class.

The latter, trained by Chris Wall, has been in fine form of late, performing well since stepping up in trip.  He appears a strong stayer and will enjoy the quick conditions, making him an interesting contender.

Sea La Rosa narrowly heads the market ahead of the Group Two contest for fillies and mares.

She arrives in good form having finished second to Free Wind last time out following a Group Three win on her first start of the season.

Aidan O’Brien saddles the promising Emily Dickinson who appeared suited to a step up in trip when just held in a Group Three earlier this month.

The well-bred Dubawi filly, out of Irish Oaks winner Chicquita, receives the age allowance and should go well.

With twenty-eight runners set to line up there are a number of horses who could make the frame in what is a tricky race to predict.

The draw often plays a factor in such a big and competitive field, but there hasn’t appeared to be a particularly strong bias in this contest in recent years.

Last year’s winner, Commanche Falls, who will attempt to retain his crown, was drawn in stall 23, and the two previous winners drawn in stalls 3 and 17, respectively.

Summerghand was 8lbs higher when winning this in 2020 and has been performing well of late, whilst stablemate Gulliver was narrowly beaten in last year’s renewal and runs off the same mark.

Mr Wagyu won well at the Curragh recently, following a fourth-place finish in the Wokingham.  He sets the standard on recent form and is a strong contender, as is Great Ambassador who has performed well here in the past.

Chil Chil is the highest-rated in the field, with a mark of 110, and drops down in class.  She has 5lbs claimer Harry Davies onboard, and could be fairly well-handicapped in this company.  Inver Park recorded a hat-trick of wins with success in the Buckingham Palace Stakes and must be respected on that form.

First Folio and Popmaster are both worth considering as both have respectable form in big field handicaps.  Outsider of the field Zargun has been disappointing of late, but ran well behind Asjad at York earlier in the season.  He runs off a mark of 92 here and could well outrun his odds if showing improvement.

The fourth day of action at the Glorious Goodwood Festival was full of surprises with a number of big-priced outsiders winning and placing.

The opening race, a stamina test over an extended 2m4f, was won by Emma Lavelle trained Master Milliner, who narrowly prevailed over the rallying well-backed favourite, Super Superjack.

A Group Three over a mile came next, with German 2000 Guineas runner-up Rocchigiani taking the prize ahead of 40/1 globetrotter The Wizard Of Eye.

The German-raider had Classic form in the book having been beaten only by William Haggas’ talented Maljoom in the Cologne showpiece in May.

That was good form, and, whilst the three at the top of the market were all disappointing, Rocchigiani showed plenty of speed in the closing stages to land his second Group Three win.

Orbaan led home stablemate Blue For You to win the Golden Mile Handicap at 3pm, in fine fashion, ahead of 66/1 shot Revich in third.

Khaadem was the fastest in a weak renewal of the King George Stakes.

He provided Charlie Hills with his fifth win in the contest, with the trainer having already been successful in four of the last five renewals with now-retired superstar Battaash.

Rebel’s Romance was the shortest-priced winner of the day at odds of 4/5, but was kept up to his work by stablemate Kemari in the closing stages.

Another big priced winner came in the penultimate race on the card at 4:45, as Rumstar won at odds of 22/1 before Caius Chorister recorded five successive wins in the final race for the local yard of David Menuisier.

Between 25-31 July, if your account has sportsbook losses at the end of your first day’s betting, Quinnbet will refund 50% of your losses as a free bet up to £35 (min 3 bets) plus 10 free online casino spins at Quinncasino. Even if your account is up, you’re guaranteed a £5 free bet plus 10 free spins provided you place at least 1 bet of £10 or greater at the minimum odds. T&cs apply | 18+, new uk customers only | begambleaware.Org 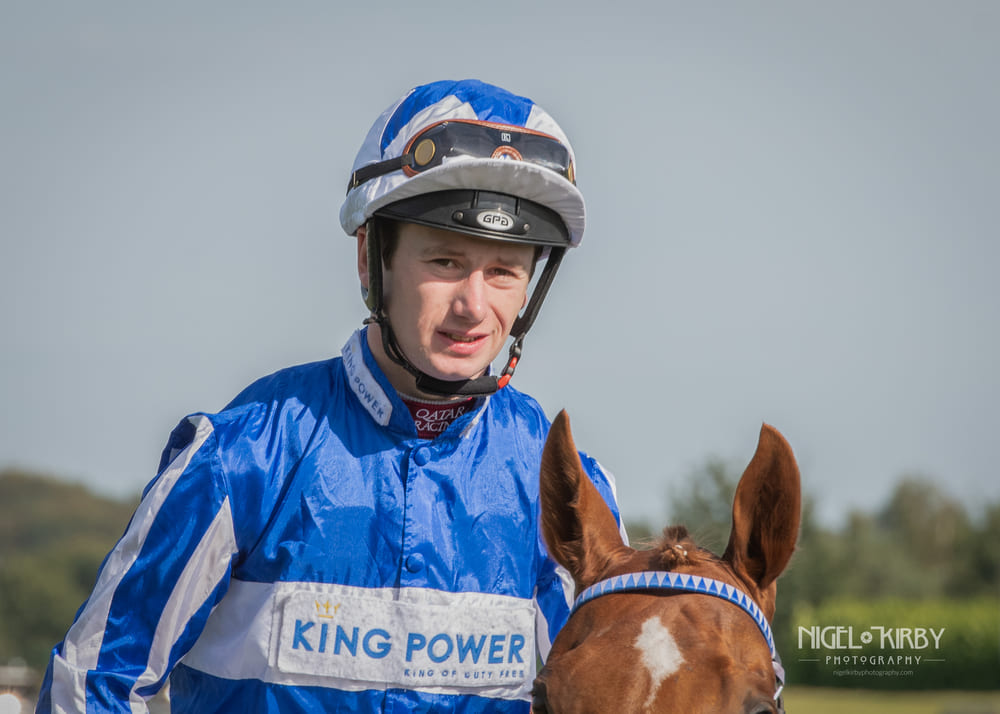 The 900 bus goes from Chichester Station to the racecourse throughout the week of Glorious Goodwood, taking around 20-25 minutes.

A taxi from nearby Chichester takes around 15-20 minutes and costs £30.

Gatwick Airport (41 miles) and Southampton Airport (38 miles) are both just over the hour by car from Goodwood.

Today’s best bets for Glorious Goodwood can be seen below.  Race Sharp offers free racing tips for all meetings at Glorious Goodwood throughout the season.   2.25pm - Thoroughbred Stakes (Group 3) Checkandchallenge and Bayside Boy are both vying for favouritism... 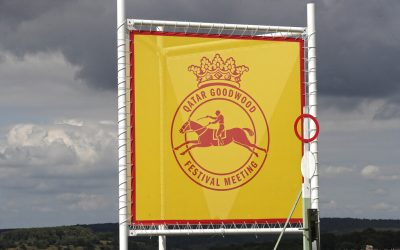 UK Horse Racing Tips – 22 September   We have three selections today, with all of them coming at Goodwood.   Tip 1 – 1.45pm Goodwood   Kettle Hill is progressing nicely but I’m not sure that was the strongest race at Sandown last time. The subsequent...

Race Sharp has one fancy on this afternoon’s card at Goodwood. For free betting tips every day, head to racesharp.com.

UK Racing Tips - Glorious Goodwood The final day of Glorious Goodwood and some highly competitive action on offer and we here at RaceSharp have a couple of tips for today’s action.   Tip 1 – 1.20pm Goodwood   Our first bet comes in the opener with Run To Freedom....

RaceSharp Tips - Thursday 30 July - Goodwood Great to get off the mark with Ottoman Emperor doing the business for us at 9/1 (11/1 SP). The St Leger looks the next logical target for him. Other selections ran deplorably and way below expectations. The selections today...

Tip 1 - 1.50pm Goodwood   Our first bet of the day in the UK goes in the opener at Goodwood (1.50pm) with the Gary Moore trained Pure Bubbles. The Moore yard won this with a very similar type last year. Junkanoo was a maiden (0 from 5 previously) coming in to...