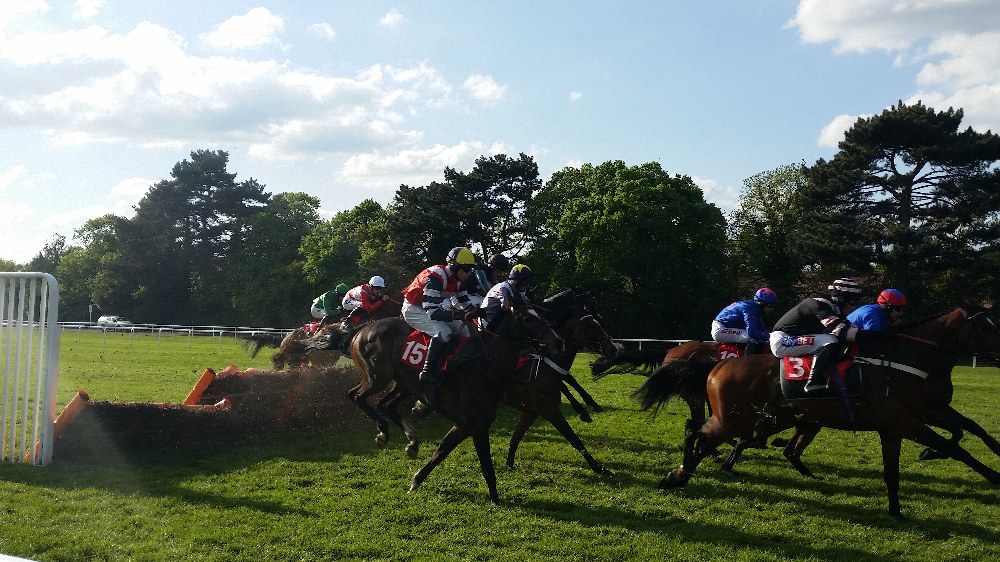 The fancy prices may have been taken overnight, but even the 12-1 on offer is an attractive price for Robin Des Smoke at Wetherby this afternoon (3.15pm).

The six year old won a point at the fifth attempt in Ireland for Benny Walsh, dead-heating with a subsequent maiden hurdle winner for Martin Keighley, with 6L back to the third, who has since finished second of 14 in a maiden hurdle in Ireland (RPR116).

Her form in two bumpers over here for Richard Phillips may not look much, but the race in which she finished eighth at Doncaster was strong form, with the fourth, seventh and ninth all winning next time.  She went nicely through the race at Kempton on the AW last time before getting outpaced off the home bend, but she has a real jumping pedigree and will be much more at home now sent hurdling over this trip.

The yard had a 50-1 winner of a mares’ maiden hurdle at Huntingdon yesterday, which is encouraging, and the fact Phillips sends her to Wetherby is a big pointer.  He has always had a really strong record at the course, and is 8-40 (20%) with his hurdlers here during his career to date.  Over the past five seasons, he has had one winner and one second from three runners.

In what looks a weak enough contest, Robin Des Smoke is well worth supporting.

Later on the card, top weight Nortonthorpelegend looks a bet in the staying handicap chase (4.50pm), particularly with most firms offering 4 places.

The 11 year old is well into the veteran stage, but he has an admirable career record of 8-39 and is handicapped to win again, now just 1lb higher than his last success at Ayr 18 months ago.

He was lightly-raced in 2020, but ran consistently well in on his last three outings over fences in a higher grade, and the form of his third at Sedgefield in November couldn’t be better.  The winner has won twice since and is now rated 23lbs higher, while the runner-up won next time and is now 11lbs higher.

The drop to a 0-100 can only be a positive, and he won on his last visit to the track in 2019.  With the Menzies team in good form, a big run is expected today.